Where to After Florence? 3 Tuscan Hill Towns to Explore. 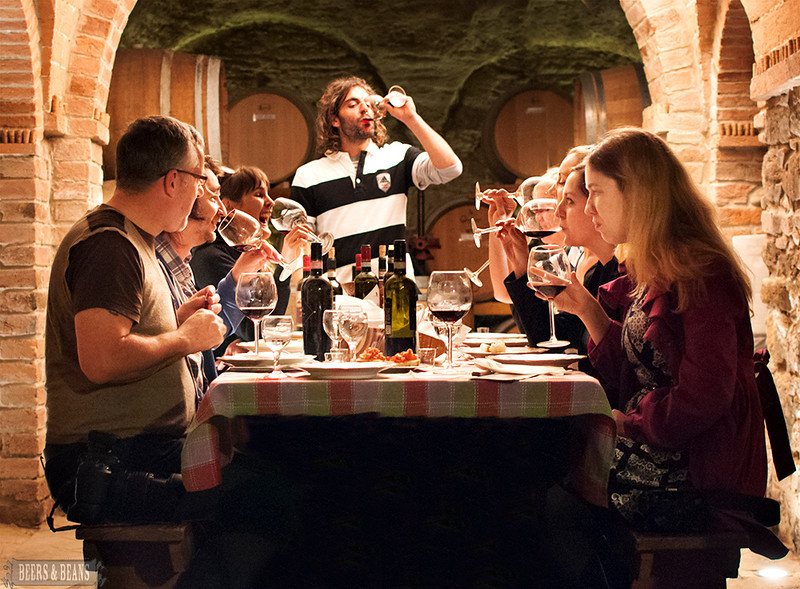 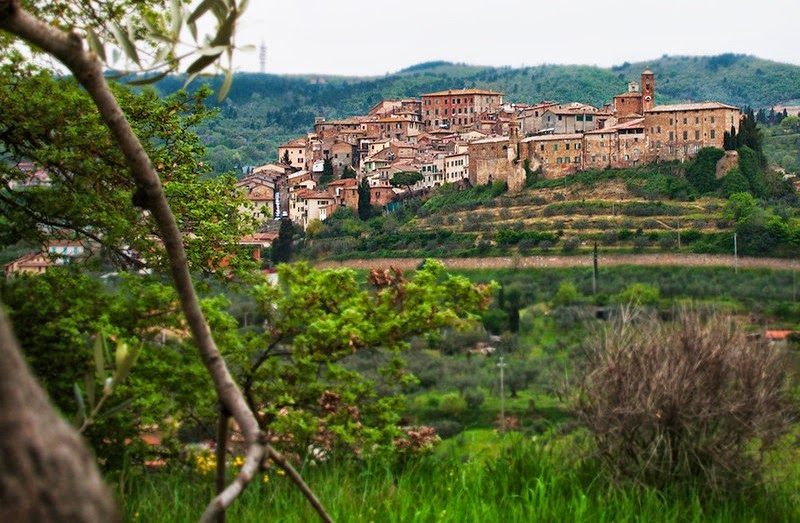 Our Grand Tour ends in Florence, the gateway to Tuscany with its picturesque hill towns surrounded by endless wineries and sun-drenched countryside. The Tuscan hill country is a worthy option for those looking to extend their stays and do some further exploring. The following post from bloggers Beth & Randy is guaranteed to leave you hungry (perhaps quite literally) to explore more of this iconic region of Italy.
Siena and San Gimignano are the most well known hill towns in Tuscany, but they certainly are not the only ones. In fact, central Italy is famous for its hill towns. Their crumbling stone walls seem to cling to every rocky peak, watching over the manicured valleys and vineyards as the rush of the 21st century passes by below. During our stay with Stefano, we visited three hill towns, including Chianciano Terme, in the Siena Province. Each offered a taste of what eludes so many visitors to Italy: tranquility and tradition. 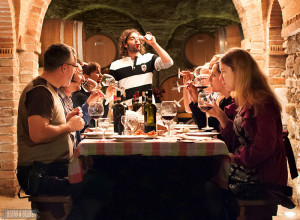 Wine tasting in the cellar of Agricola Fontanelle.
Separated by a valley, Chianciano Vecchia is only a 10 minute walk following Via Madonna della Rossa from Agriturismo La Pietriccia. We spent most of our time in Chianciano Vecchia exploring the wines of Agricola Fontanelle. In the cave-like cellars of the small batch winery, we met with winemaker Riccardo Rosati who, along with his two brothers, produces world-class wines from experience they’ve inherited from generations of family winemaking. We spent a few hours with Riccardo and his family, sampling their wines and incredible selection of cured meats and olive oil. The family’s warmth made us feel like locals, just visiting with some friends on a weekday night. 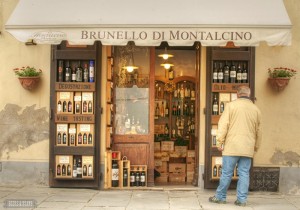 If Virginia is for lovers then Montalcino is for wine lovers. This medieval hill town is famous for its Brunello di Montalcino red wines, featuring an array of enoteche (wine bars). Heck, even the 14th century fortezza contains one. Just outside of Montalcino sits the Abbey of Sant’Antimo. Located in a valley of olive trees, the abbey is considered to be one of the top architectural remains of the Romanesque Period. Several times a day the church’s community of monks fill the 12th century stone hall with the harmonious sounds of traditional Gregorian chants. We got to hear the chants in person and it was mesmerizing. The performances are free and open to the public. 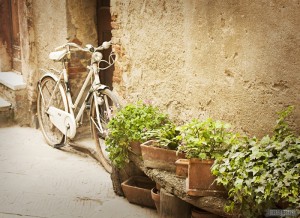 A beautiful, typical scene in this perfect Italian town.
Named after pope Pius II, Pienza is full of renaissance architecture, moving with the feel of a modern day medieval village. As I looked out over the gentle, carefully cultivated hills of Val d’Orcia, a UNESCO World Heritage Site, it was easy to see the inspiration behind pope Pius II decision to remodel his hometown in the style of his day: Renaissance. Besides the hill towns’ grand views and classic architecture, Pienza is also known for its sheep’s milk cheese, pecorino. Plus, with streets names like Via Dell’Amore (Love), Via Del Bacio (Kiss) and Via Della Fortuna (Fortune), it is difficult not to fall head over heels for this charming hilltop town.